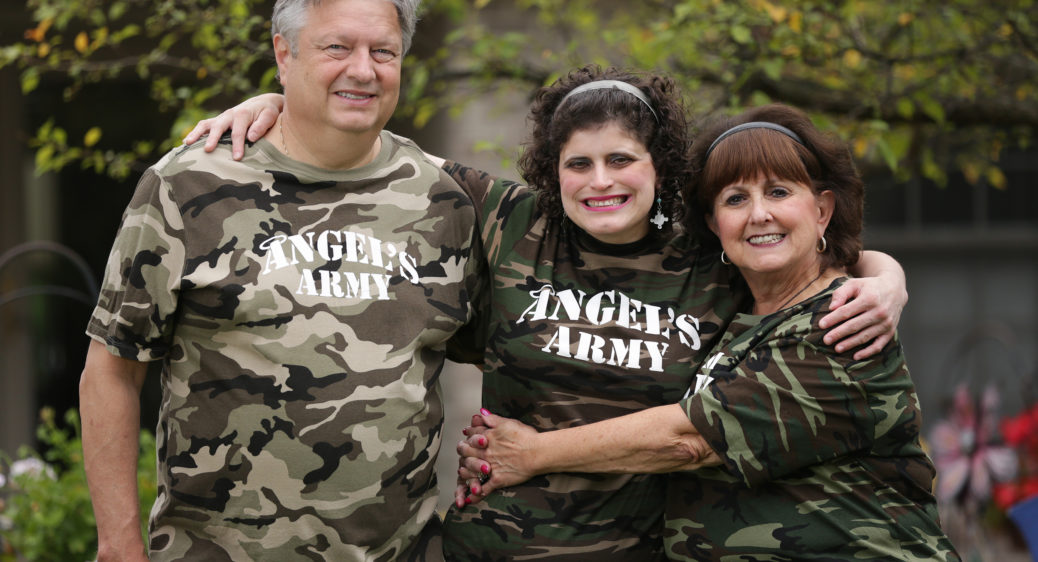 “Angel wasn’t diagnosed with Autism until she was 13 or 14,” recalled Angel’s mom, Denise. “We didn’t know much about Autism then.”

The diagnosis brought relief and new opportunity for Angel and her family. Denise explained that while Angel had plenty of friends and family around her as support, the diagnosis opened up additional resources to Angel such as Summit DD, Autism Speaks and programs at her former high school. These supports, along with hard work and her family have helped Angel thrive.

“She’s had a lot of doors opened,” Denise said of the people and resources available to Angel. “I would recommend people get involved with Summit DD and groups like Autism Speaks.”

Since that day more than 15 years ago, Angel has made her mark on life and her community. She has been successfully employed at a local Wendy’s franchise for over 11 years. “Her manager has complimented her on what a hard-worker she is,” her mom said proudly. “I enjoy working,” Angel added.

“Angel is a beautiful person inside and out,” said Angel’s Summit DD Service and Support Administrator, Amy Hodgekins. “She loves helping people and is always willing to help wherever she can.”

Angel has also won numerous awards, such as the Outstanding Student of the Year and the Cuyahoga Valley Career Center’s Distinguished Alumni Award. “She was the first person with Autism to win the Alumni of the year,” Denise clarified. “Even the owner of Wendy’s went [to the award ceremony] too.”

Any of these on their own would be a stellar accomplishment for anyone to achieve. But for Angel and her mom, they wanted to make an even bigger impact.

“In June 2006, we went to Pittsburg to walk our first Autism Speaks Walk with Angel’s cousin Johnny,” Denise explained. “We did that for about two years until we were approached to help start a walk here in the Cleveland-Akron area.” She explained that they were one of the initial families that made up the new Cleveland location of the organization. Their team name, Angel’s Army, is in reference to Angel’s brother who served in the Army at the time.

“There were 220 people there,” Angel shared about the size of the first Angel’s Army team. “Since [our first walk] we have raised over $50,000 for Autism Speaks to go to programs and therapies. We’re doing it to help the many people diagnosed with Autism. It’s us giving back.”

Angel and her mom have continued to work closely with Autism Speaks to raise money and awareness for Autism. They speak at local schools, clubs and events when they have the opportunity. They even had the chance to meet with Mayor Frank Jackson on April 2nd as the City of Cleveland took the opportunity to Light It Up Blue. “I got to talk to him and talk about Autism Awareness for Light It Up Blue,” Angel shared about meeting Mayor Jackson.

Angel and her mom have made it their goal to raise money, awareness and acceptance for people who have Autism, and feel that progress is definitely being made since Angel’s diagnosis so many years ago. And through their unwavering advocacy, it seems like anywhere they go, Angel’s Army will continue to march on.

Read more blogs about others who are changing lives and creating awareness in their communities.