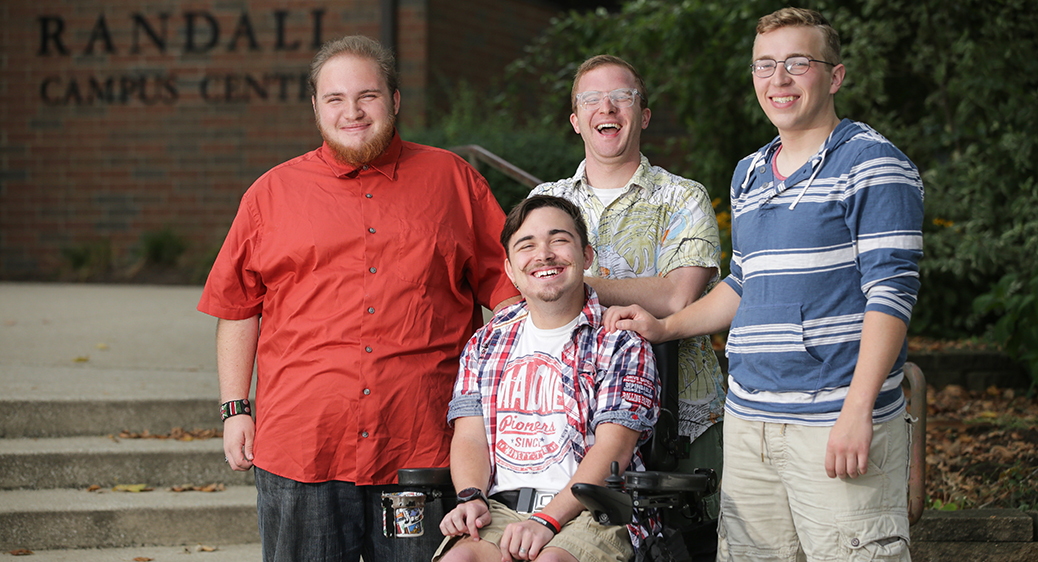 “Life is like a car. You can either be a passenger watching life go by, or be the driver and determine where you want to go. I spent many years in the passenger seat simply coasting. So I believe that every single opportunity you have to take the wheel, do it! It’s a question of identity and integrity. Who are you?”

These empowering words were shared in a recent interview with a young, ambitious college student named Ryan. He was born with cerebral palsy and utilizes a power chair—but in no way has Ryan let that define him. Over the years, his determination has been tested, but he’s made it his mission to overcome any and all obstacles.

Ryan is starting his junior year at Malone University—and in that time he has been quite the model student! He participates in the Chamber choir, glee club, and theater group. Plus he’s held leadership roles in each of those activities, including chaplain, student leader, and theater discussion leader who facilitates post performance talks with the audience. He’s even performed with his chamber choir in Kenya. And to top it all off, he’s made the Dean’s List each and every year.

“I’ve tried to really involve myself in as much as I can on campus. The university has been so, so supportive. They have bent over backwards! Specifically Anna Meadows [Director of Student Accessibility Services for Malone University]. She helped me with my transition from high school to college and with so many other things, it’s been amazing,” commented Ryan gratefully.

“At Malone we see each student as part of our community. We work to ensure that each member has access to all parts of campus both programmatically and physically. It has been such a pleasure to have Ryan as part of the community. He pours his faith, genuine love for people and intelligence into everything that he does at Malone. Ryan’s passion for life is evident to all those he interacts with, he really is a source of encouragement and inspiration to many on campus,” said Anna Meadows, the Director of Student Accessibility Services for Malone University.

Ryan’s infectious personality has helped him build a fun squad of friends in his tenure at Malone. “Austin, Avery, John and I have quickly become inseparable! We share everything with each other. I really commend these guys for being such great friends,” said Ryan. They’ve lived together, traveled together, and have made memories that’ll last a lifetime.

In a moment of reflection during the interview for this story, Ryan shared the very moment that set him on this amazing path at Malone University. “When I first moved in to campus I was shell shocked! I had the opportunity for a staff person to assist me throughout the school year so I wouldn’t get overwhelmed. However, at one point I felt a peace come over me. And in that moment I decided that I didn’t need help because I had faith and courage to go it alone!” Ryan recalled confidently.

In the coming years, Ryan hopes to become a hospital chaplain to “make a difference for people during a time of need,” he said. Ryan has already interned in that role at Akron Children’s Hospital and hopes to make it a career after graduation. When asked what advice he would give to others trying to find their path in life, he replied, “write out your goals and apply yourself to achieve them. Because regret is a monster that will eat you up. It’s never too late to grab the wheel and take the driver’s seat in life!” 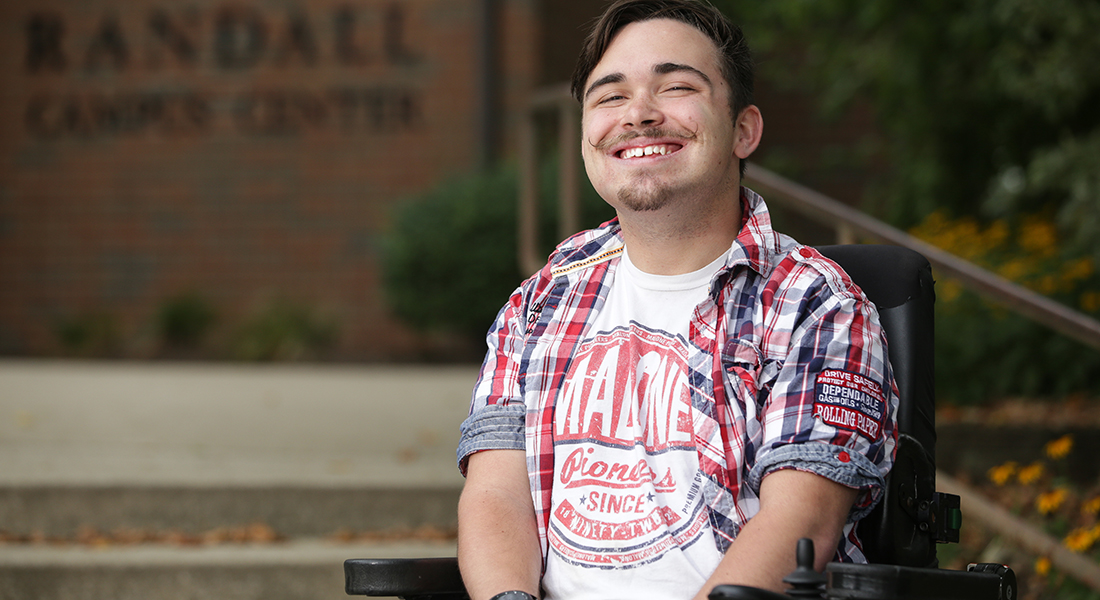 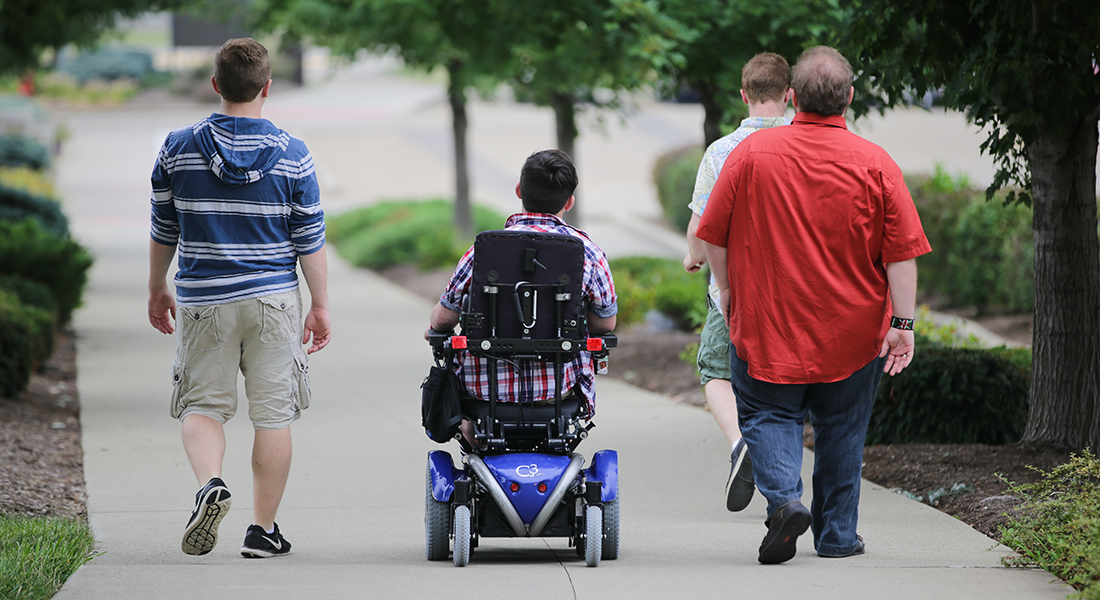 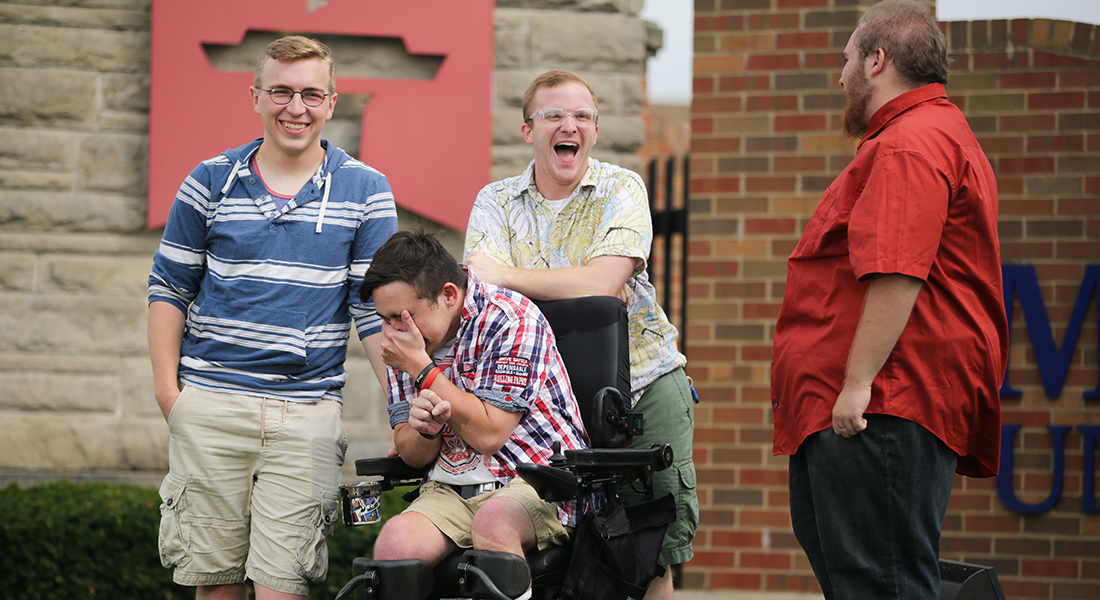