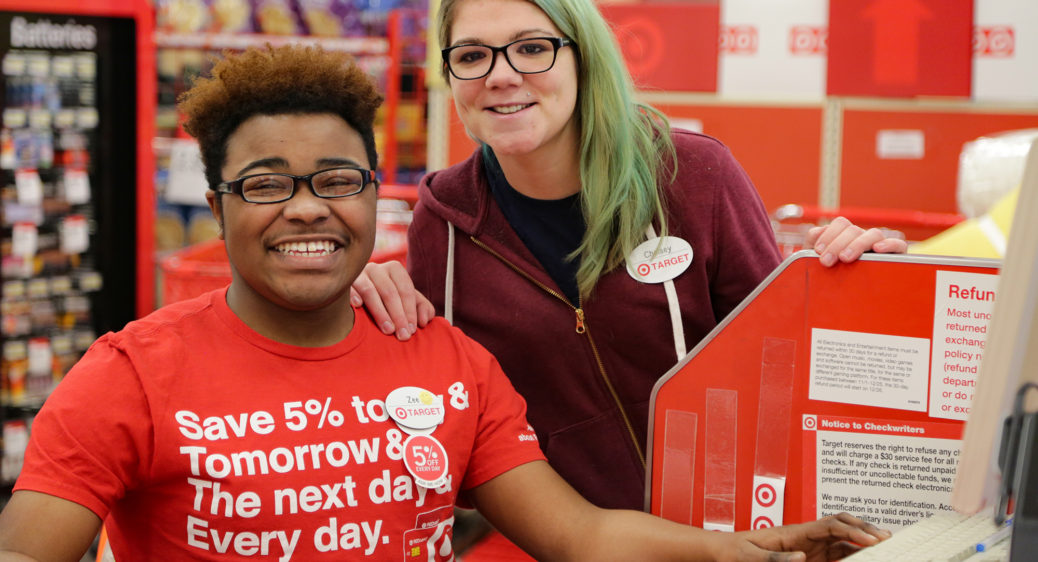 Zee’s Future is Right on Target

It all started with a summer job. Who knew that this traditional teenage rite-of-passage would help one young man find his voice and his direction?

Uzziah, better known as Zee to his friends and family, is a personable, young man to say the least. He’s outgoing and makes those around him feel comfortable with his warm smile and his passion for life.

Like any teenager, he has hobbies. Some of his hobbies include playing video games, hanging out with friends and watching wrestling. What sets Zee apart from his peers though is his drive to succeed.  Zee has muscular dystrophy. This condition causes his muscles to weaken and requires him to work harder than his peers to maintain his strength and agility. He uses a wheelchair to get around and is encouraged to stay active, to strengthen his muscles. As Zee put it himself, “I have MD, but MD doesn’t have me!”

One of the ways he has stayed active is through employment. After graduating high school last spring, Zee got involved in a summer job program through Summit DD and the Summit County Department of Job and Family Services. Because of Zee’s developmental disability, he received transportation services and job coaching during his summer internship to help him with new tasks on the job. His job coach, Lori Sopko from Ardmore Inc., saw the potential in Zee immediately. “Zee did a great job there!” Lori said of his work over the summer. “The program taught him team work and coping skills.”

Zee’s summer job also gave him the courage and confidence to see what else he might be capable of doing. After seeing his growth over the course of the summer, Zee’s job coach, Lori, wasn’t surprised to learn that he had not only applied, but been hired at the Target near his home. Another member of his team who wasn’t surprised by his new confidence was his Summit DD Service and Support Administrator (SSA), Jennie Petrarca.

“Zee called me up on a Monday to let me know that he’d gotten a seasonal job at Target and was starting on Wednesday,” Jennie recalled with a laugh. “But that’s who he is. He’s taking charge of his life.”  Jennie went on to say that she immediately began working to put the supports in place that would set Zee up for success, such as additional job coaching and transportation.

What started out as a seasonal position, has developed into something more permanent. Zee now works three to four days a week as a Target cashier. “What he learns, I learn,” explained Lori about his training on the job. “Once he gets a new set of skills, we work on the next.”

There’s no lack of support from Zee’s co-workers either. Zee quickly became one of team at the Fairlawn store. Chelsey and Kristen, two of Zee’s coworkers, are there to help whenever he has questions.

“Target has been so accommodating and provided natural supports,” Lori shared. “With Target, they treat all their employees the same across the board.”

Zee is very open about his appreciation for his coworkers, job coach, SSA and above all, his family. “I’m just thankful to have a group of people to help me out in my life,” Zee said of his mom and others who coordinate and provide supports to help him reach his goals. “Without their help, none of this would be possible. They are a blessing.”

“I’m so proud of him,” beamed his mom, Faylee. “He doesn’t let his disability get him down, and he never lets it stop him,” she emphasized. “I think he can do anything. I tell him that all the time.”

While Zee loves his job at Target, he’s already looking ahead. “I want to go to college for web design or computer programming,” he shared. He talked about trying to combine his love of video games and computers into a future career for himself. “You’ve got to believe in yourself and don’t give up.” 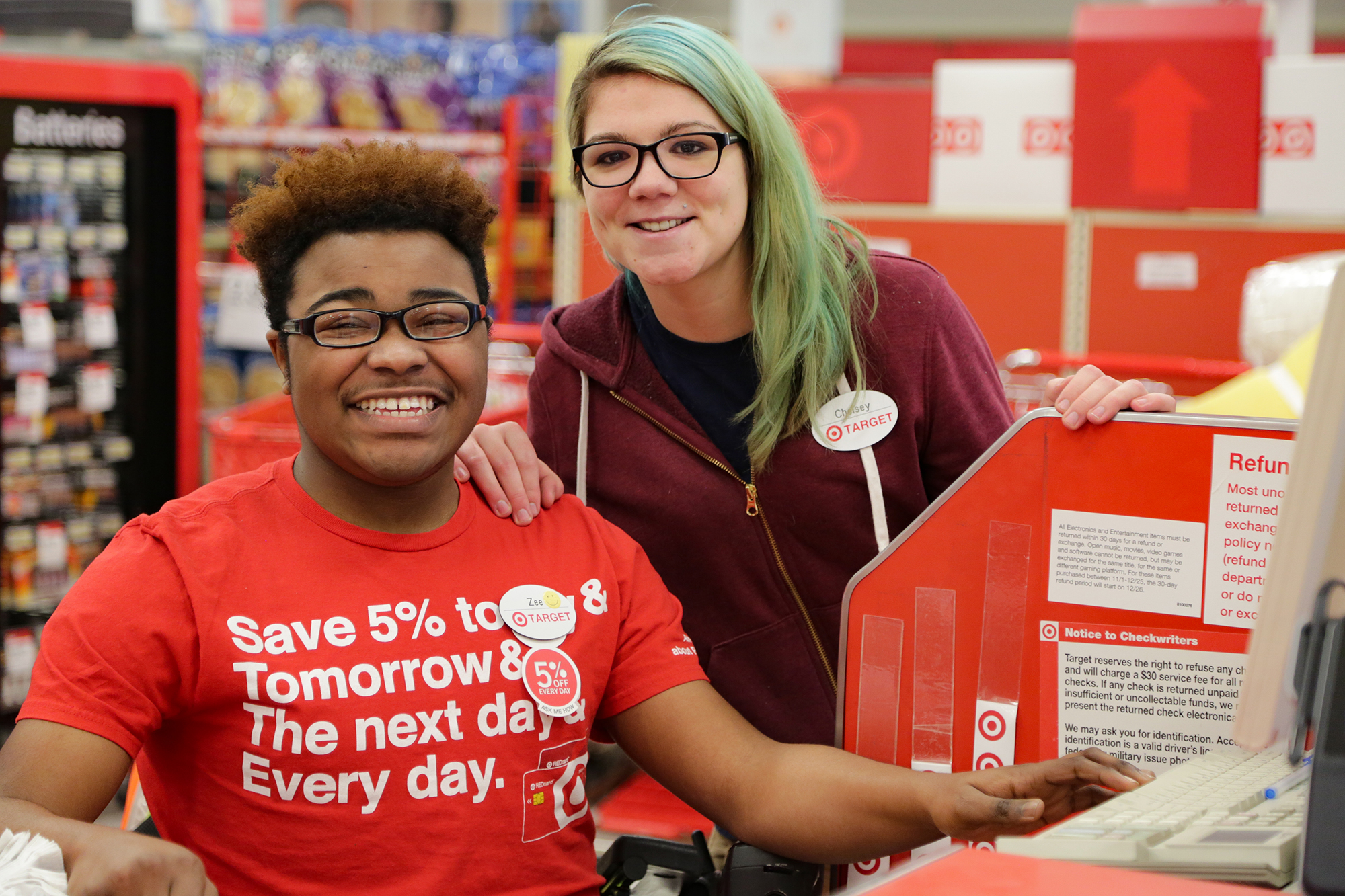 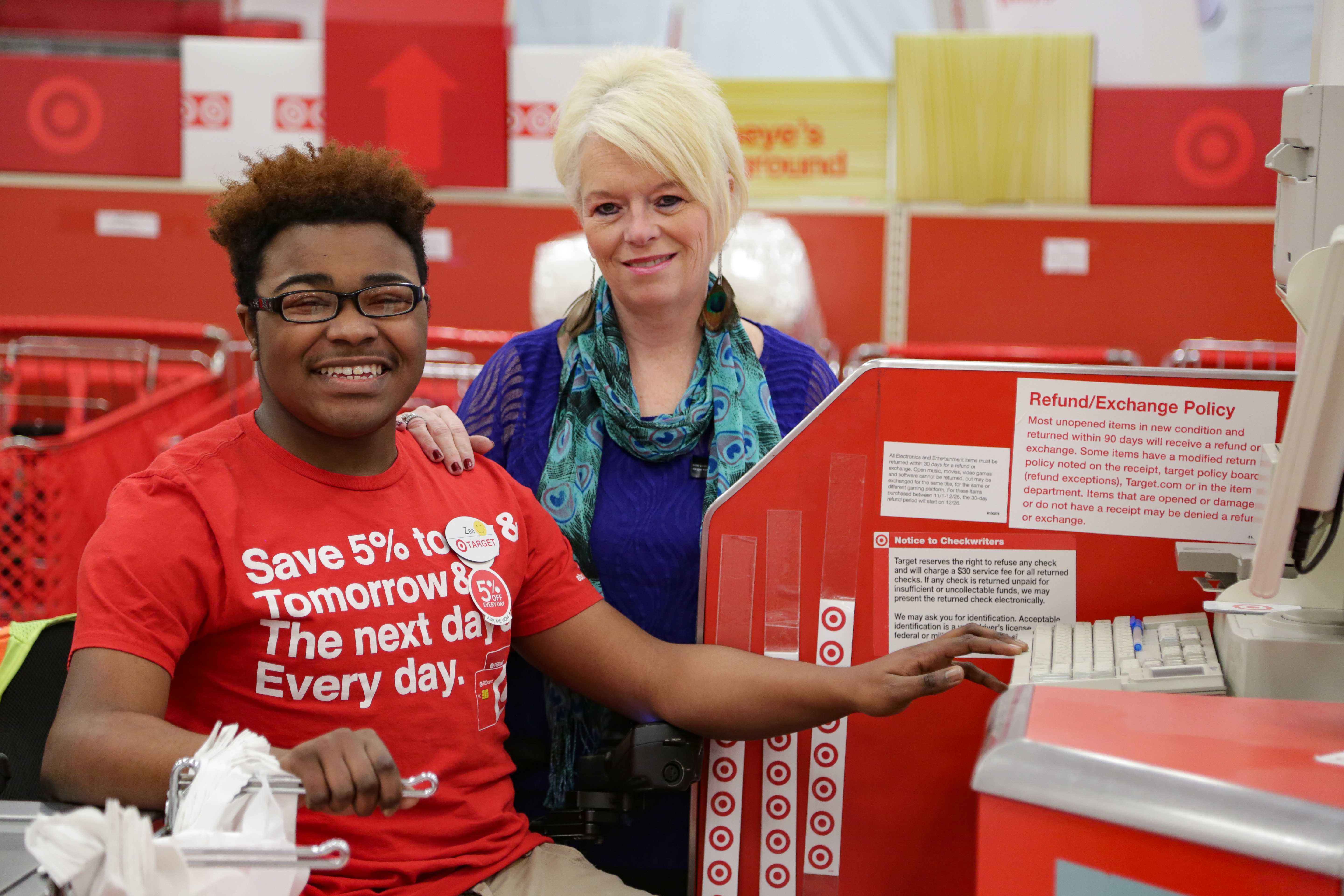 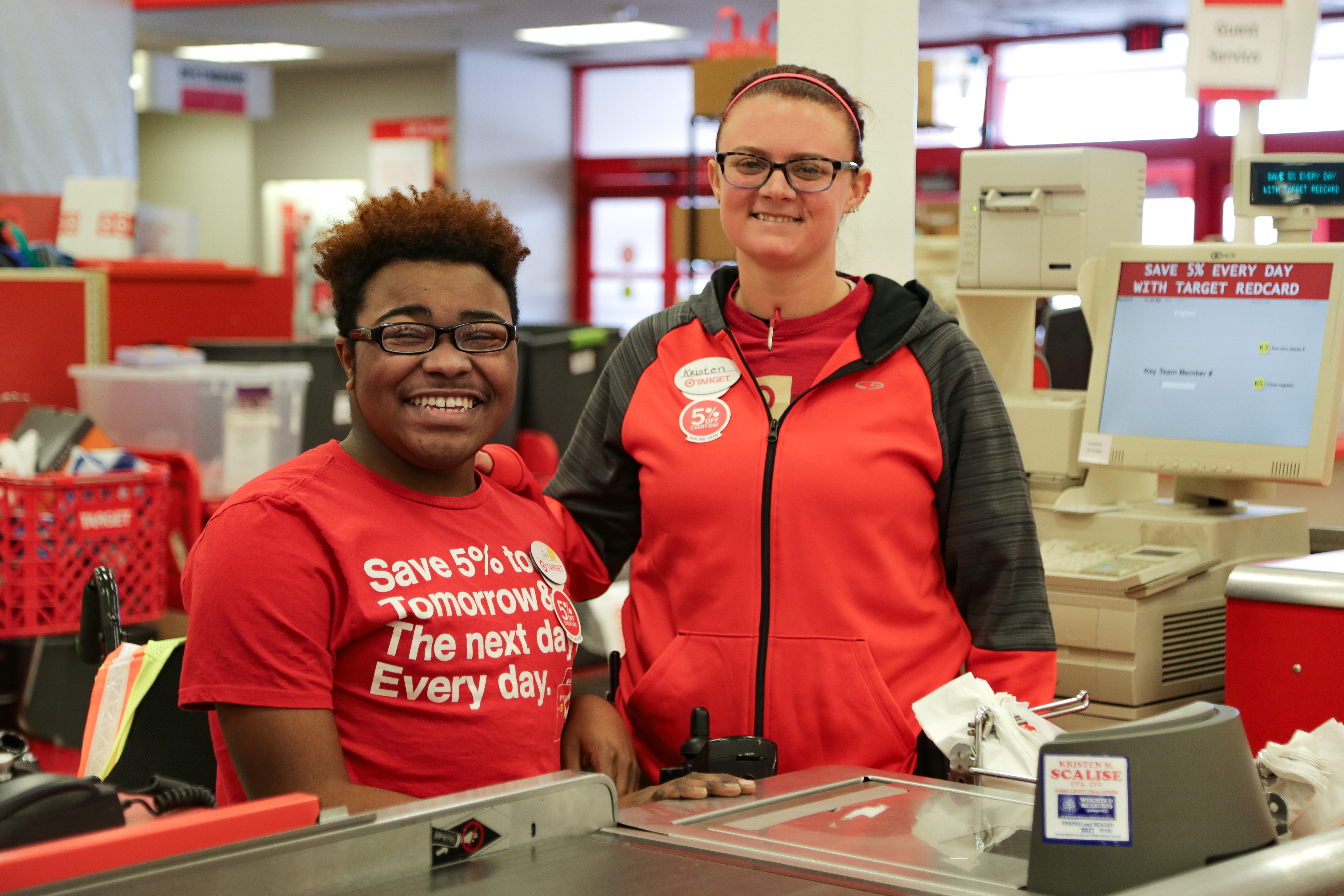 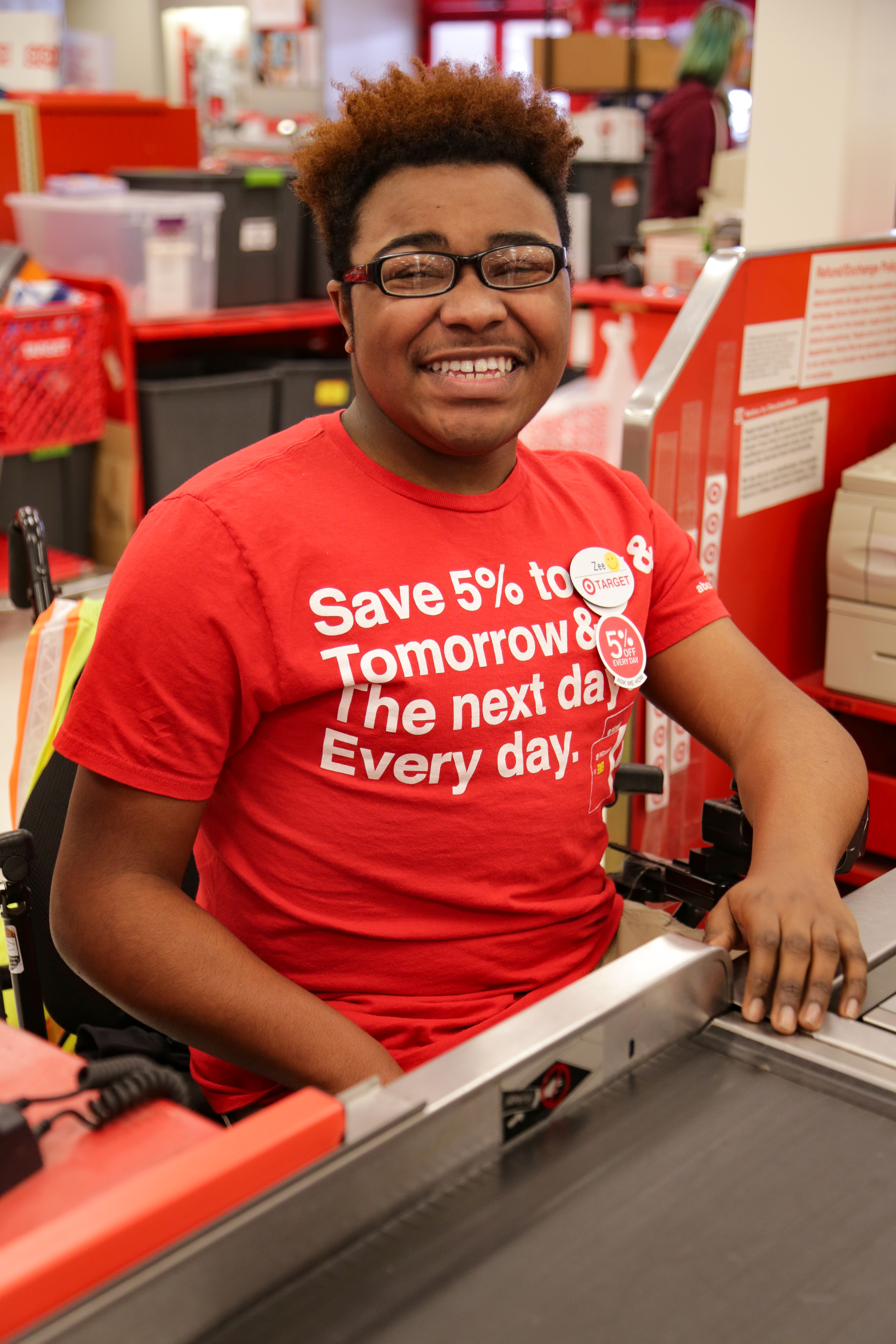