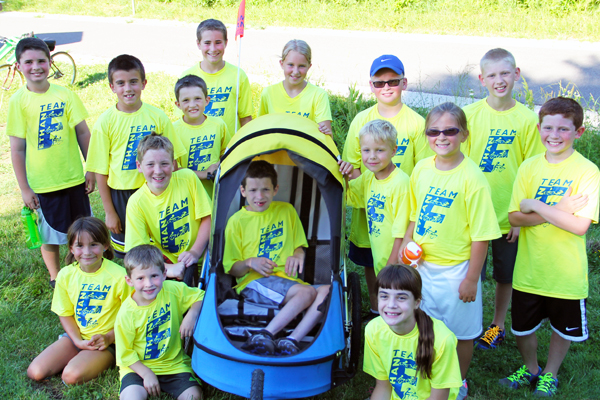 Success Stems from Support Networks for Families with Special Needs

Change can be difficult or even scary. When a familiar routine or people in your life change, it can be unsettling. However, having a network of support around you can help through that transition. That’s what a small group of parents learned when they shared their experiences in regard to transition in their children’s lives at the Parent Mentor Discussion Panel recently.

Although the parents at the discussion had children ranging in age from four to 22, they had one piece of advice in common during times of change, “ask questions, network and find other parents who understand what you are going through.”

During the intimate discussion, parents talked about their amazing children and some of the struggles and triumphs they’ve experienced. As families talked, a common theme emerged beyond the transitions that they each experienced. Each of their greatest accomplishments was rooted in the support they had around them! Whether it was family, friends, classmates, teachers or churches, the incredible impact that these families were having on their community stemmed from a remarkable network that they had built over a period of time.

One couple shared a story about their son’s high school graduation. While they had reservations about their son’s ability to participate in the ceremony, they eventually relented when one of the young man’s teachers expressed his belief in their son’s ability to fully participate. Not only did their son walk across that stage to accept his diploma, but to their shock and joy, he was met with a standing ovation from his peers! It was in those moments that the parents participating in the discussion connected and understood one another.

Another family talked about how they now raise money and awareness for United Cerebral Palsy (UCP) thanks to their teenage son and his friend who made it her goal to tackle challenges like triathlons at the age of 12 in the name of awareness and acceptance.

Yet another father talked about the drive that his newborn son instilled in him. It became his ambition – and eventually his own business – to use social media as a means to educate and spread the positive messages about Down syndrome awareness through one of the most powerful media tools available.

The evening began about a discussion on transition, and ended on the empowering message emphasizing a support network for success. There were many stories shared and insightful comments made during the hour-long discussion – hopefully just the first of many more discussions like these to come!

Are you interested in meeting and talking to parents like these? Do you want to be a mentor to other parents who a looking for support? Check out our Facebook page and connect to other parents and families.