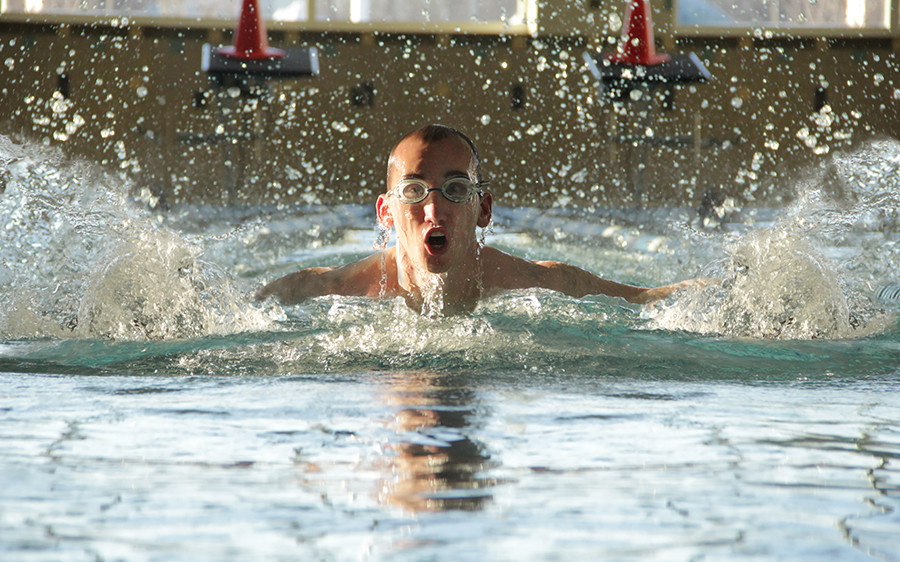 “People with disabilities can do what others can. It may take them a little longer, but with the support of others they can achieve their goals,” confidently stated Henry. Just about to hit the pivotal age of 21, Henry has already accomplished greatness. Through diligent training and determination, he’s earned a spot in the U.S.A. Special Olympics National Games. When asked if he’s a tough competitor in swimming, Henry replied, “I get reckless when it comes to racing!” It’s no wonder his nickname is Speedy.

I’m so very proud of him,” remarked Henry’s mom and strongest advocate, Rebecca. “He was born with a chromosome disorder that makes it difficult to build strength. And yet, he’s built himself up to be an Olympic swimmer!”

But swimming is only a small part of Henry’s life. While working hard to become a nationally recognized athlete, he’s also been conquering the hurdles of his twenties. “Once he finished school, he wanted to learn life skills to become independent. But we didn’t know where to turn. Henry’s SSA, Gary Vierstra, from Summit DD was a great help with that…finding and connecting us to the support we needed,” said Henry’s mom.

As a Service and Support Administrator, or SSA, Gary Vierstra serves as a central point for Henry and his family. From transportation and employment services to life skills programs and more, Gary helps to connect Henry to the support he needs to accomplish his goals. “Henry is destined to be a leader. From our very first meeting, he expressed exactly what he wanted achieve in life. And he is always willing to take the actions needed to succeed,” Gary proudly remarked.

In between swim meets, Henry has set out to become more independent. He works twenty hours a week at Hattie’s Garden, an agricultural program by Hattie Larlham. Henry also receives life skills training from Blue Wheel Health Services and his family. “He earned his driver’s license and is learning how to cook, clean, and do household things on his own,” said Henry’s mom. Just like other “twenty somethings,” he’s learning what it’s like to live outside of the nest. 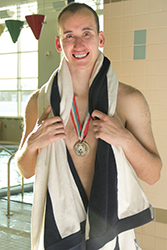 But Henry is not afraid. His adult life is already painted perfectly in his mind. And that’s what he strives to achieve.

“Someday, I’ll have my own place in the big city…I’ll get a Mustang or Camaro…I’ll marry my girlfriend, Olivia…I’ll work for a professional football team,” Henry proclaimed with confidence. He’s driven to succeed.

When asked what advice he’d like to give others, Henry simply stated, “Just keep chasing your dreams!”