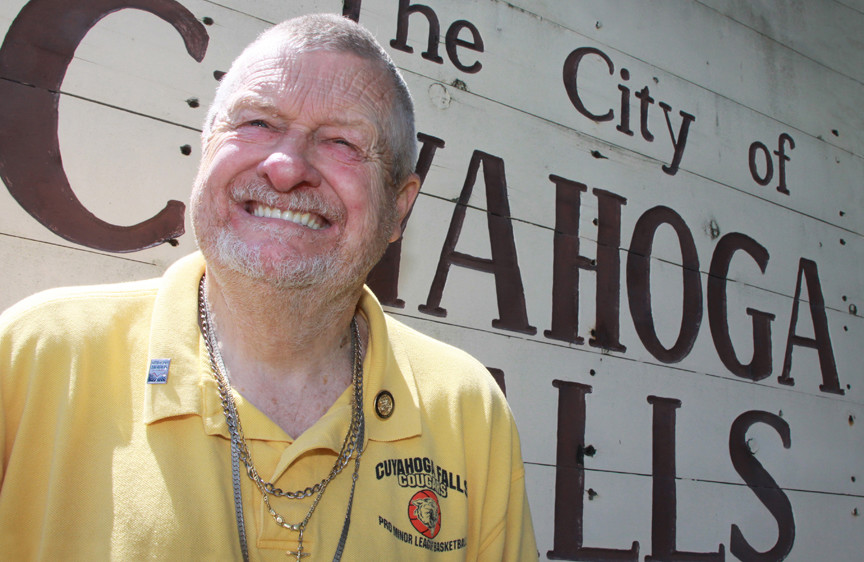 The King of the Falls

There’s only so much time in this world and most days it can seem like there isn’t enough. Kenny King manages to use each second bettering the town he loves, Cuyahoga Falls. Every morning, for decades, Kenny embarks on his day and leaves behind a wake of genuine joy, goodwill and wisdom. With his countless community contributions, it’s no wonder why he’s called the King of the Falls.

Kenny utilizes various services from Summit DD and private providers. The services are thoroughly coordinated by his Service and Support Administrator (SSA) so Kenny can develop a productive, independent routine. During the day, he participates in vocational and habilitation programs at Summit DD’s Cuyahoga Falls Center. “I get to talk a lot, do activities and make more friends,” said Kenny with a smile. For transportation, Kenny usually traverses the town on his bicycle. When the weather is bad, he’s picked up by SCAT or his homemaker personal care provider, Ardmore. Ardmore assists Kenny with daily tasks like shopping, home cleaning and laundry.

Kenny also has a large network of unpaid natural supports through his family and the community. Over the years, Kenny has earned his title as the King of the Falls because of his extensive community involvement. He volunteers at the local police and fire stations, helps coach the Black Tiger football team, finds time to donate blood whenever there’s a drive and manages to make it to church every single Sunday. He also attends most town events and is always willing to lend a helping hand.

His volunteer efforts have made a great impact on the city, but sometimes it’s the little things that really mean the most. Kenny greets everyone with a smile. He always says hello and will spark up a conversation on just about anything. He’s a beacon of optimism that brightens all.

Cuyahoga Falls residents and community officials have taken notice of Kenny’s town pride. He’s earned the honor of leading the city’s Memorial Day and 4th of July parades. “When I walk down the street, he knows me. She knows me. Me and the mayor are like this,” Kenny says with his fingers crossed firmly.

When asked why he’s so fond of the Falls, Kenny responded, “This is a nice town. Nice people. My kind of place. I’ll never leave. When I die, everyone will be there.”

His words are spoken with true conviction and they resonate in all of his actions. There’s a lot to be learned from the King of the Falls. He’s just one man who strengthens the fabric of an entire community. 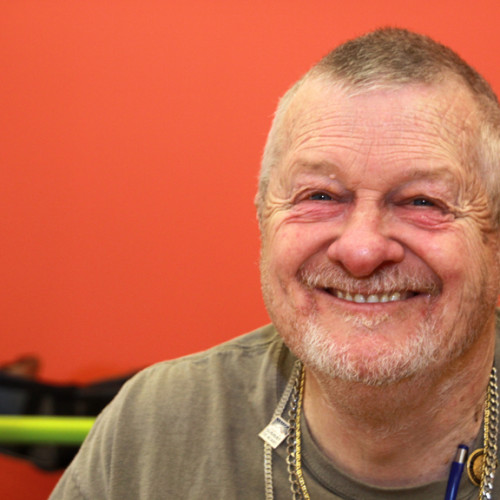 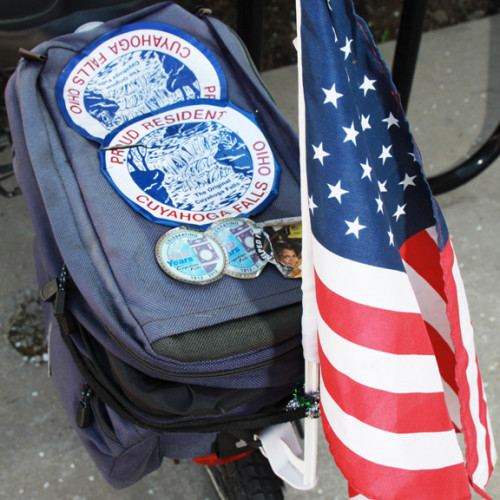