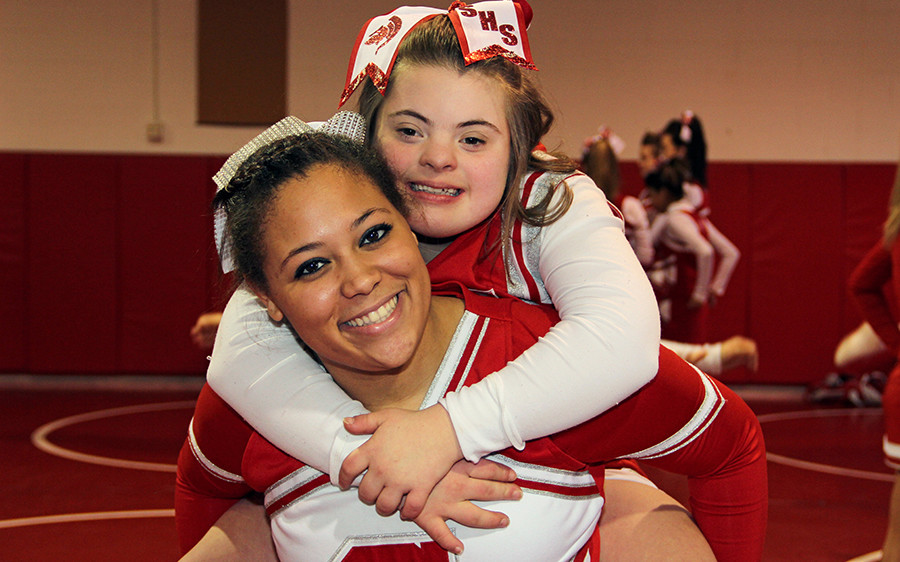 Two, four, six, eight – Who do you appreciate?! Summit DD appreciates the Spartan Sparkles Cheer Team. Directed by Springfield High School’s Cheer Coach, Terry Kyser, the Spartan Sparkles squad consists of eight boys and girls of varying ages and developmental disabilities. Cheering with the high school’s team, the Spartan Sparkles are helping to further missions like Summit DD’s by leading the way for inclusion in our communities—and the outcomes are nothing short of inspiring.

“We started the team almost five years ago after I went to a cheer camp with my high school team,” explained Kyser. While at the camp, she read about the “Sparkle Effect,” an innovative program that helps students across the country create inclusive cheerleading teams for individuals with disabilities. “I immediately went to our high school administration about starting a Sparkle program in our schools,” Kyser continued. “They were so supportive and it has been simply amazing ever since.”

The Spartan Sparkles became the first Sparkle Effect cheer squad in Ohio. Members cheer alongside of the high school cheer team at every home football and basketball game, including having the honor of performing some of the half-time shows. The team’s cheers are peppy and can get any sports team or crowd motivated—however, they’re accomplishing much more than motivation. “It’s all about inclusion,” Kyser stated emotionally. “I had one parent speak at our awards banquet and her biggest thing was that her daughter said that she finally feels like she is a part of something—part of a team. She’s with typical peers, and that’s our wish.” 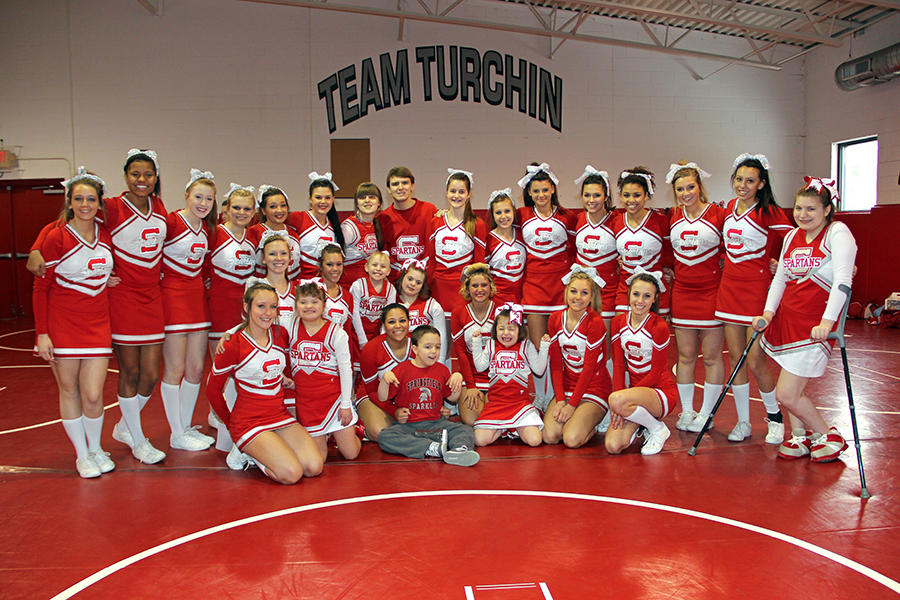 Kyser went on to share that because of their positive experience with the Spartan Sparkles, several of Springfield High School’s team members have graduated and moved on to enter jobs and programs that support individuals with disabilities. One former cheerleader even began a cheer clinic at Ohio State University. One by one, the Sparkle Effect is spreading through the state, including programs in Medina, Norton and Mentor schools. “I feel like we educate a lot of people without saying a lot of things,” Kyser remarked. “I want people to know that people like our Sparkles are out there and they can do anything.”

With a smile, Kyser continued, “If it weren’t for the support of the girls, the parents, the school and the community, our program wouldn’t be as powerful as it is now. Lives are being touched, and that’s what’s amazing.”

At Summit DD, we believe that communities are best when they include and celebrate the greatness of everyone. Without a doubt, the Spartan Sparkles serve as a perfect example of the positive outcomes that can result from inclusive communities—and that’s something worth cheering for!