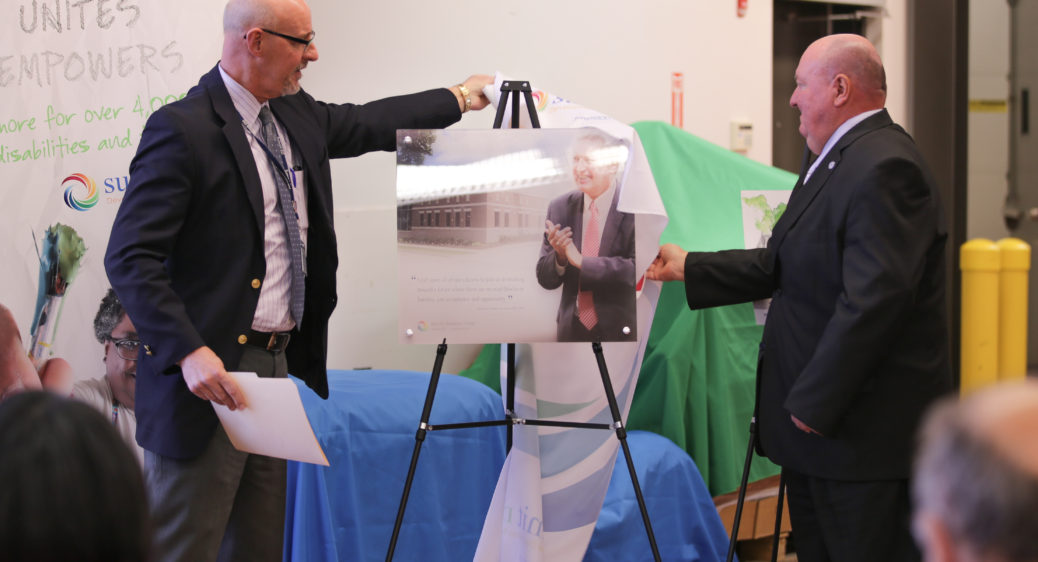 Summit County Developmental Disabilities Board, or Summit DD, hosted a dedication ceremony today at its Barberton location, renaming the facility to the Russ Pry Barberton Center.

Russ Pry served as the Summit County Executive from 2007 – 2016 and passed away in July 2016. Summit DD’s Board passed a resolution in August renaming its Hopocan Avenue location after the late County Executive.

“As time goes by, I hope that people walk into this building and they see the name Russ Pry and they’ll ask the question ‘who was he?’” commented Summit DD Board Member, Randy Briggs.  “The answer will be ‘he was a man who cared about people, he cared about helping people.’”

Summit DD’s Barberton location was opened on March 1, 2010 with Pry attending the ribbon cutting ceremony when the facility opened.

“We [Summit DD] valued our relationship with Russ Pry,” stated Summit DD Superintendent John Trunk.  “We shared values and vision around citizenship, around the great potential in all people, around creating welcoming communities.”

In Pry’s memory, Summit DD also planted a tree at the Barberton location and installed a plaque inscribed with a quote from Pry which reads:

“I call upon all of our citizens to join us in working toward a future where there are no road blocks or barriers, just acceptance and opportunity.” 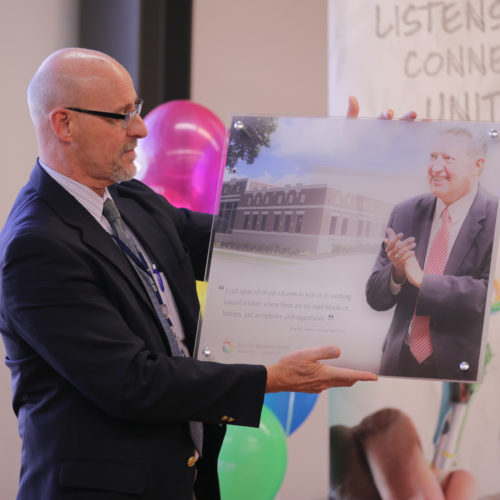 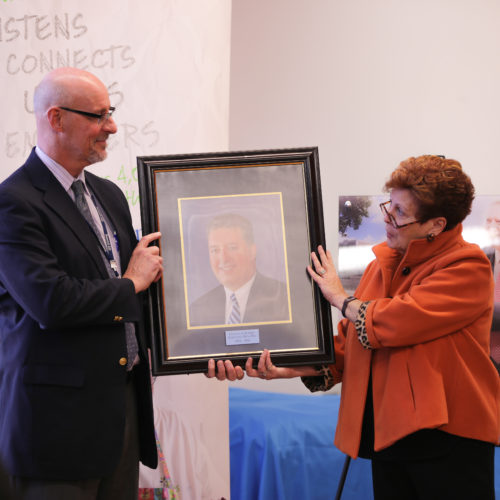 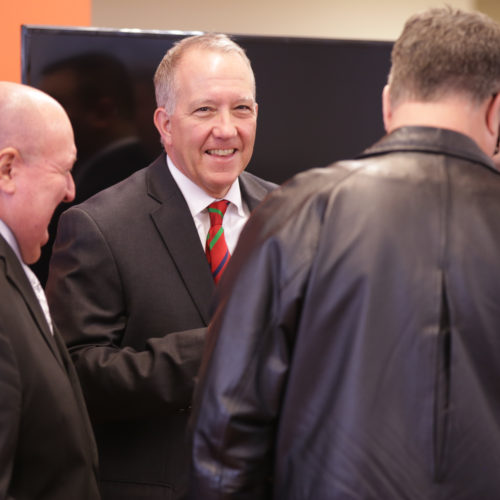 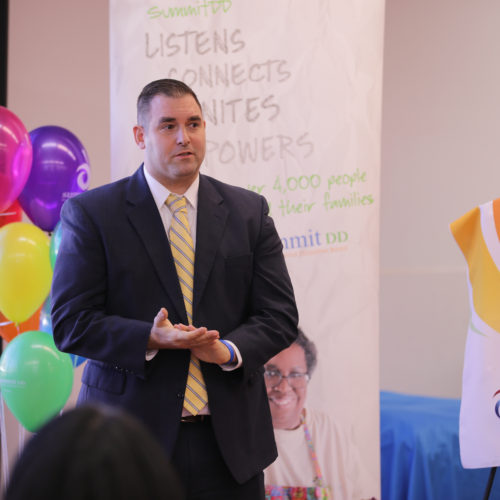 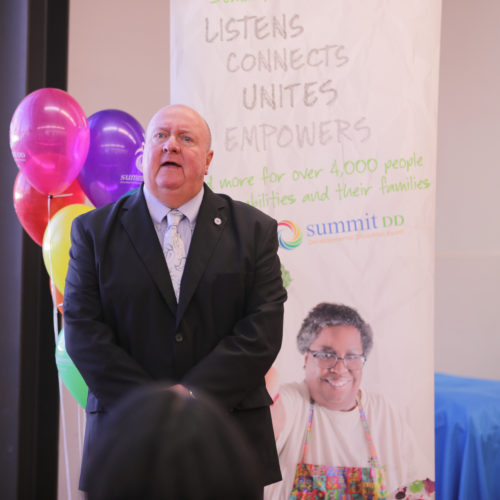 “Russ was very unique in making everybody feel special, to make us understand that we are diverse, we are interesting, are all different people but we all want the same things,” commented County Executive Ilene Shapiro as she presented Summit DD with a framed photograph of Pry. “[Pry] was so helpful and willing to give of himself.”

Several local and county elected officials and Agency leaders were in attendance at the dedication ceremony, including Akron Mayor Dan Horrigan.

Summit DD is the community resource that connects more than 4,000 adults and children with developmental disabilities and their families to services and supports in Summit County. It is the Organization’s mission to connect people with disabilities to supports that empower each individual to contribute to their own success and to that of their community.  More information regarding the Agency is available online at SummitDD.org.