A King Unites Our Community

In late October, hundreds of Summit County residents flocked to Cuyahoga Falls for a royal celebration—Kenny King’s 70th Birthday Bash. Kenny, also known as The King of the Falls, has been the heart and soul of his city for decades.

Presented with a crown, an honorary medal, and the key to the city, Kenny was celebrated by the people he’s touched over the years. From police officers and fire fighters, to friendly neighbors and even the city Mayor, there was no shortage of smiling faces.

Weeks before, Don Walters, the Mayor of Cuyahoga Falls, kicked off an online fundraising effort to help fund Kenny’s Birthday Bash—asking people to “Come Celebrate a Legend” on YouCaring.com.

“I was surprised,” shared Kenny, “…I boogied too!” he said with a smirk. For those who may not know, Kenny is also quite the dancer.

Kenny’s Summit DD Service and Support Administrator, Peggy Gates, reflected on the event, sharing that “…in the 17 years I’ve worked with Kenny, I’ve never seen him that humbled and overwhelmed. The party was so genuine and so great!”

When asked if the city of Cuyahoga Falls should start planning for his 80th birthday, Kenny quickly and confidently replied, “Yep!”

Check out photos and video from the event!

Plus the early planning for Kenny’s Birthday bash. 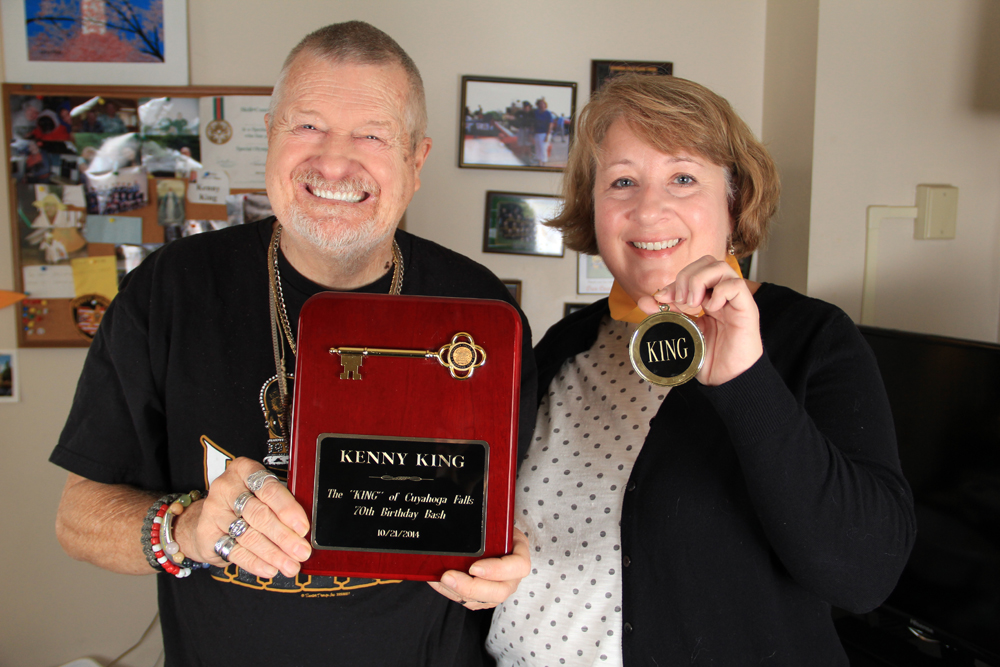