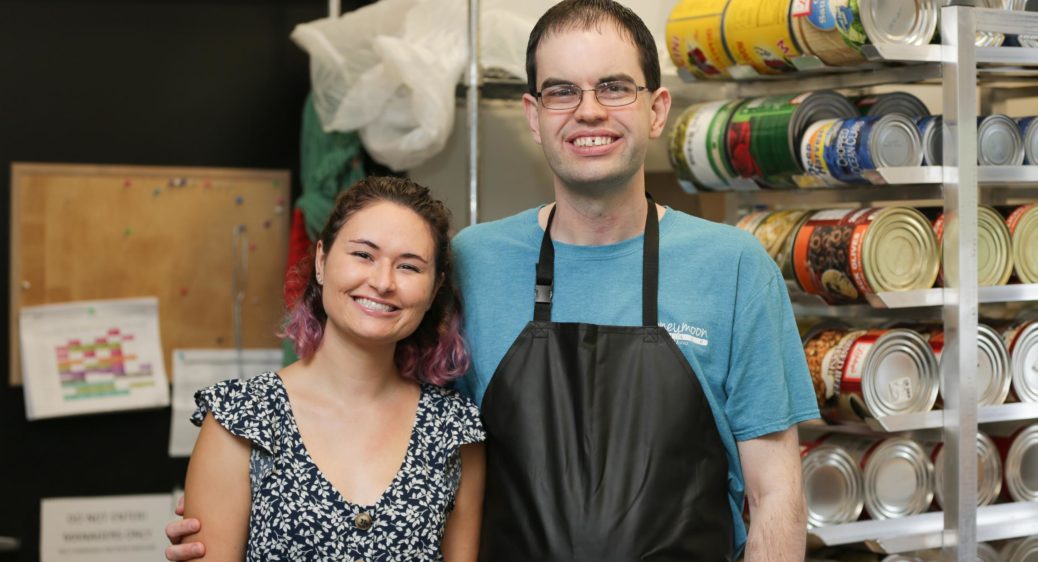 Success can come in many forms. It can mean different things to different people. One thing that successful people have in common is a team around them that they can count on. Just ask Matt.

The Right Team for Success

Matt is a kind, quiet young man. He’s organized. He’s meticulous. He knows what he wants in life, and that includes a team around him to help support his needs. Matt’s team consists of his parents, Tina and Adam; his Summit DD Service and Support Administrator (SSA), Cheryl Huffman; and his follow along Job Coach, Grace Ebner. With Matt’s guidance, his team uncovers opportunities and supports him to be successful in the community and at the Honeymoon Grille where he works as a dishwasher.

“Matt found his job on his own,” shared SSA, Cheryl Huffman of his current job. She explained that he had previously worked at and found success with Hattie’s Café.

Hattie Larlham Job Development Coordinator, Grace Ebner said that after Hattie’s Café closed, Matt expressed that he would like to work in the community. So his team came together to support his goal. Once he found the family-owned Honeymoon Grille, Matt and his team knew it would be a great fit.

“He found the job so quickly,” Grace recalled. “I was really impressed he transitioned so easily.”

Grace provides job development services, along with other essential skills like interviewing, resume building, identifying job leads, and filling out applications. While Hattie Larlham is there to support people’s employment needs, she points out they always encourage people to do as much as they can on their own — which is what Matt and his mom did when he applied at the Honeymoon Grille.

Matt’s mom, Tina agreed. She expressed her appreciation for Grace and Cheryl and the support they provide to Matt on the job and behind the scenes.

She also praised her son’s work ethic and shared an example. Managers at the restaurant noticed that staff were struggling to adapt to the new process. However, Matt picked up the change quickly. He was the first employee to learn and adapt. “His boss said, ‘if everyone could just do what Matt does!’” Tina laughed, as Matt smiled proudly.

In addition to Matt’s hard work, Grace provides the onsite support at the restaurant for Matt’s success. She checks in with Matt and his boss to ensure that Matt is comfortable and able to perform all of his job duties.

In May 2019, the restaurant moved into a new building. Initially, Cheryl and the team increased his job supports in order to help him acclimate. They anticipated Matt might need additional assistance during the transition to the new setting. However, what they learned was, Matt had it covered.

“He picked right up on the new equipment,” Matt’s mom said proudly. “Grace went to check on him and said that she could see the stress on everyone’s faces, except Matt’s. They said he was the least one they had to worry about.”

“We started off with three full days of job coaching. Then checking in a few times a month. Then monthly. Now it’s just every other month,” Grace explained about the follow along services for Matt. “He’s doing great and he has a lot of [natural] support at work.” Grace was so happy with Matt’s progress, she even nominated him for the Hattie Larlham’s Trailblazer Award. “He’s a really good employee.”

Finally, Matt’s SSA, Cheryl, provides the coordination support behind the scenes for his continued success. She coordinates funding and works with providers, like Hattie Larlham, to make sure Matt has the employment supports, transportation and other essential services he needs to be successful.

Cheryl also commended Matt on his success at work. She offered additional advice to others who may be looking to try some type of community employment like Matt. “Find a place where you feel comfortable and an environment where you can use your strengths to succeed.”

Matt can count on more success in the future, thanks to his dedication and the support of his team. Grace agreed, “This is a great team to be around.” 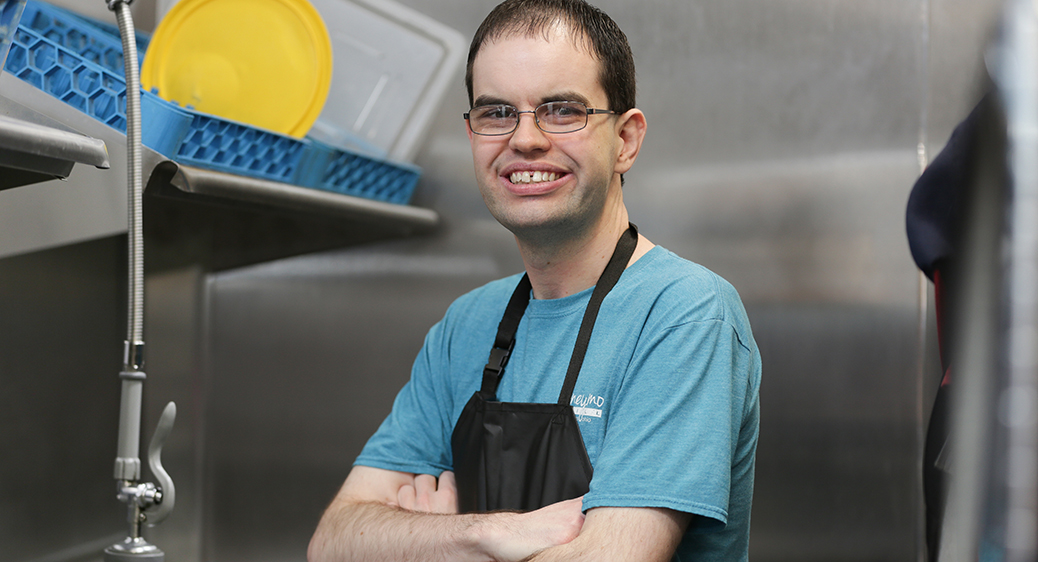 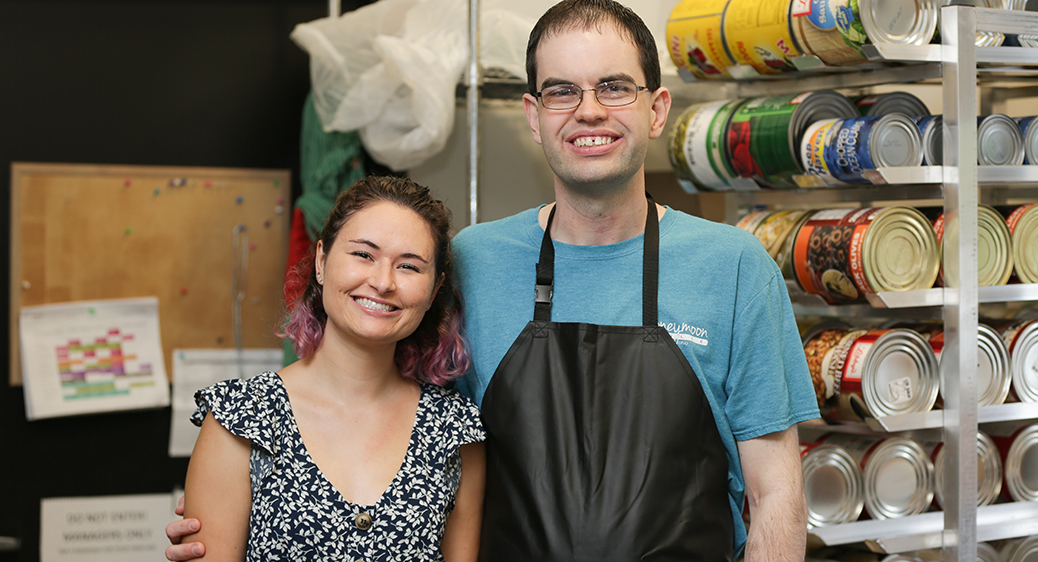 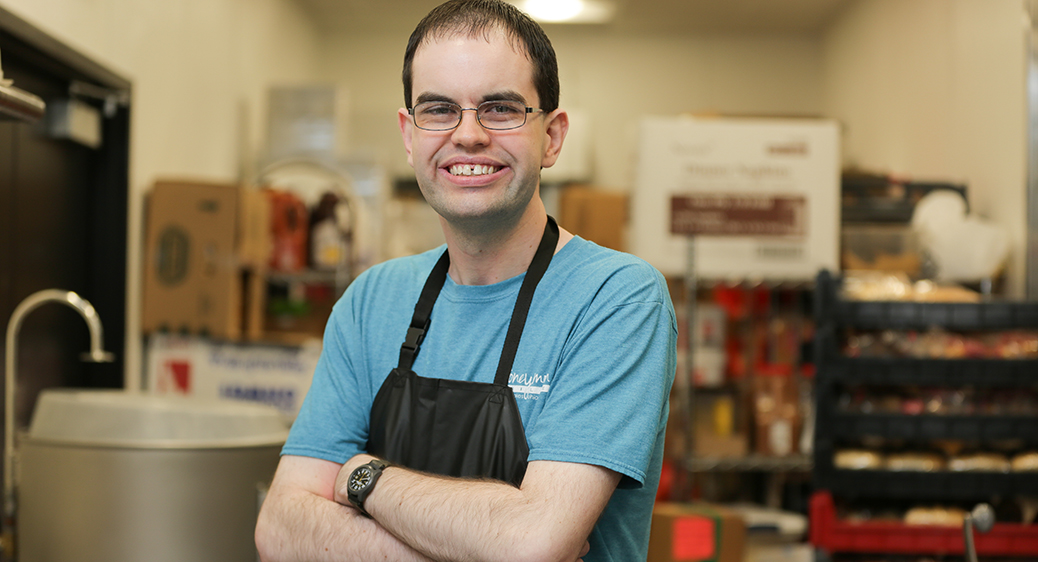 Read about others who are finding their own success, like Mikayla, Marci or Summit DD’s Transition collaborative with local high schools.