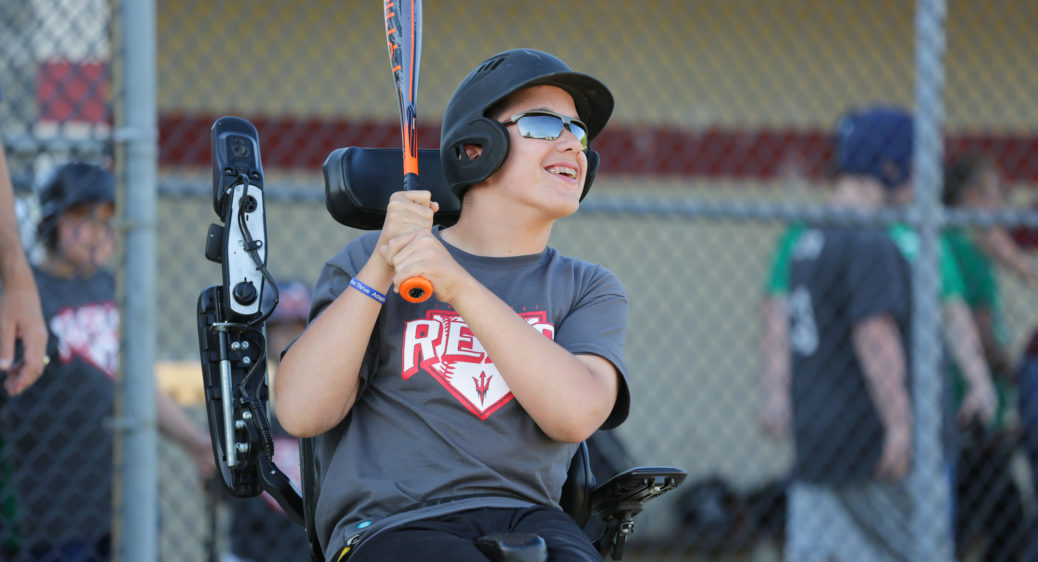 There’s nothing like the support of those around you to help you reach goals. That’s exactly what one local middle-schooler uses to work toward his current and future goals.

Cory is an outgoing 14 year-old with a zest for life. While he’ll tell you that his favorite subject in school is math, his true passion seems to lie in his love of sports and his family. He loves professional football, baseball and basketball. But you might say that his heart is right here in his own sports teams alongside his buddies.

“He would watch his sister play sports,” Cory’s mom Tiffany recalled. “So it was great when he had the opportunity to play himself,” she said of his basketball and baseball teams. Cory and his family have been involved with the Tallmadge Little League program for the past nine years.

“I just love sports,” Cory chimed in, sharing that his dream is to be a sports announcer.

“He’s extremely good at stats,” Tiffany added. “He knows it all!”

Cory, who uses a wheelchair, prefers to be independent. He knows that he has the support of his parents, his Summit DD Service and Support Administrator (SSA) and twin sister to reach his goals, but has no doubts in his own abilities. He confidently navigates the world around him, including school and extracurricular activities.

“Cory really enjoys being with his peers,” shared his Summit DD SSA, Alexis Schott. “He excels in that – he’s a rock star!” she said emphatically, referencing his involvement with the Tallmadge football team, the middle school’s wheelchair basketball and his baseball league.

Alexis also shared that she, Cory and his family are working together on ways to increase his independence, such as transferring in and out of his chair without assistance. Cory’s efforts on and off the field are very apparent. Alexis praised Cory and his family for their hard work and continual progress toward the goals they’ve set.

“Whatever he wants to do, we find a way to make it accessible to him,” she explained about her relationship with the family. “I think that is one thing that really sets them apart,” she continued. “People always rise to the expectations that are set. They have high expectations, which is why Cory achieves so much.”

While basketball season may be over now, Cory isn’t slowing down. His other love, baseball, is just getting started.

“I play first base,” he shared.  Cory plays for Tallmadge Little League’s Challenger Division, an adaptive baseball program for boys and girls with physical and developmental disabilities. Over the years, Cory and his family have been able to grow the division from just 16 players to about 60 and are hoping to add an additional team next year.

Cory and his mom shared another light-hearted goal of his regarding the last game of the season. The teams play on a number of fields, one of which has been nicknamed “the Hole.”

“The Hole actually got it’s nickname because it sits down a hill or a ‘hole,’” Tiffany laughed. “But each year, the teams have a goal to ‘fill the Hole’ with fans for that last game.” She said that they encourage fans to bring as many people with them to the last game as possible. This helps to end the season in a fun way. This year’s “fill the Hole” game is Sunday, June 24 (see photos from the game below).

While Cory is a typical, fun-loving teen, he has a deeper side and understands what’s really important too.

“Would you say that the biggest part of your heart is baseball?” Cory’s mom asked him as they talked about his team and the Challenger Division.

“No – family,” Cory said emphatically. “Family has the biggest part of my heart.”

Meet other inspiring kids and adults with disabilities who are changing perceptions and reaching for their goals at Summit DD’s blog. 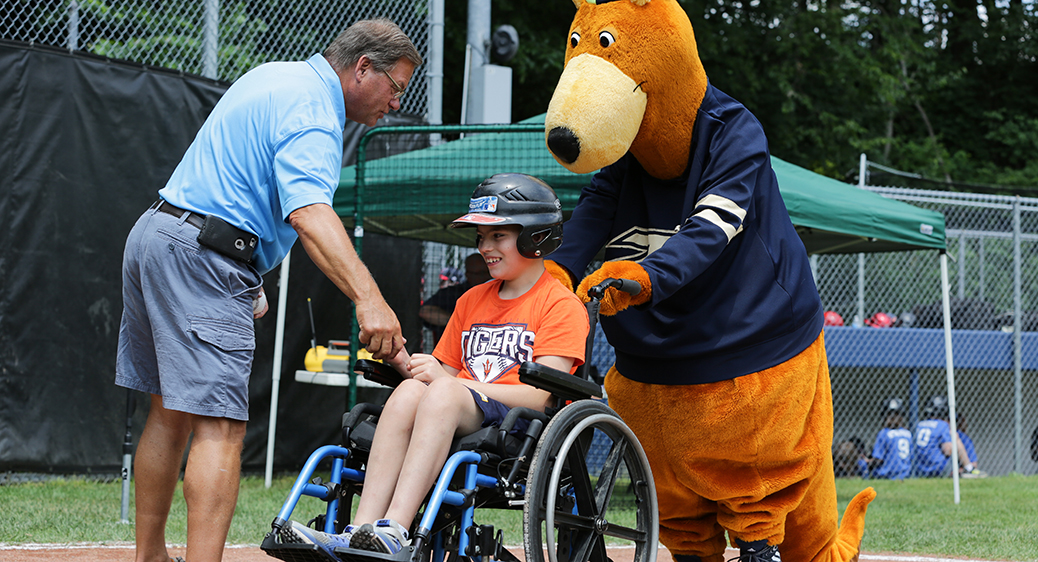 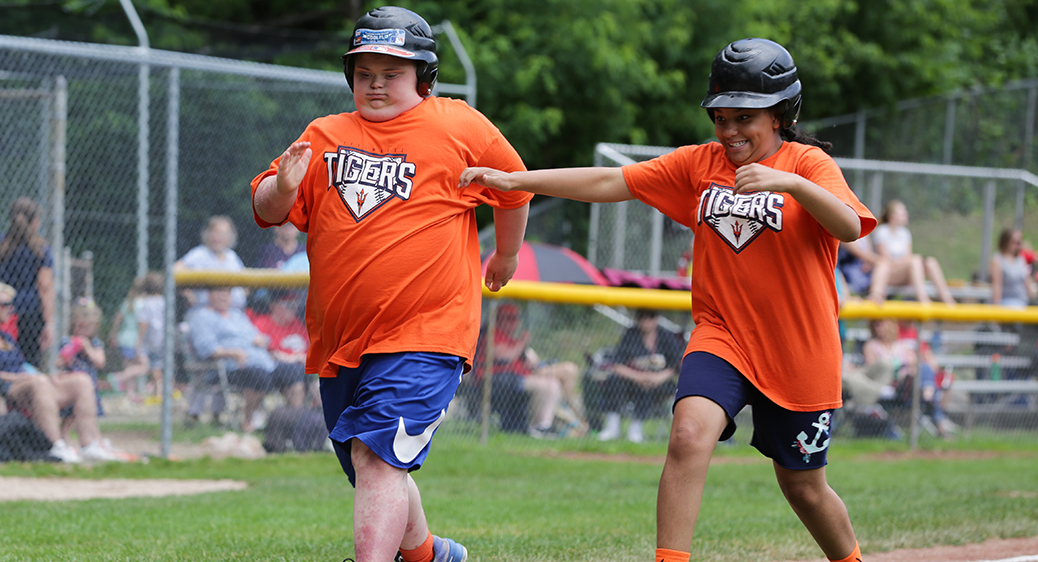 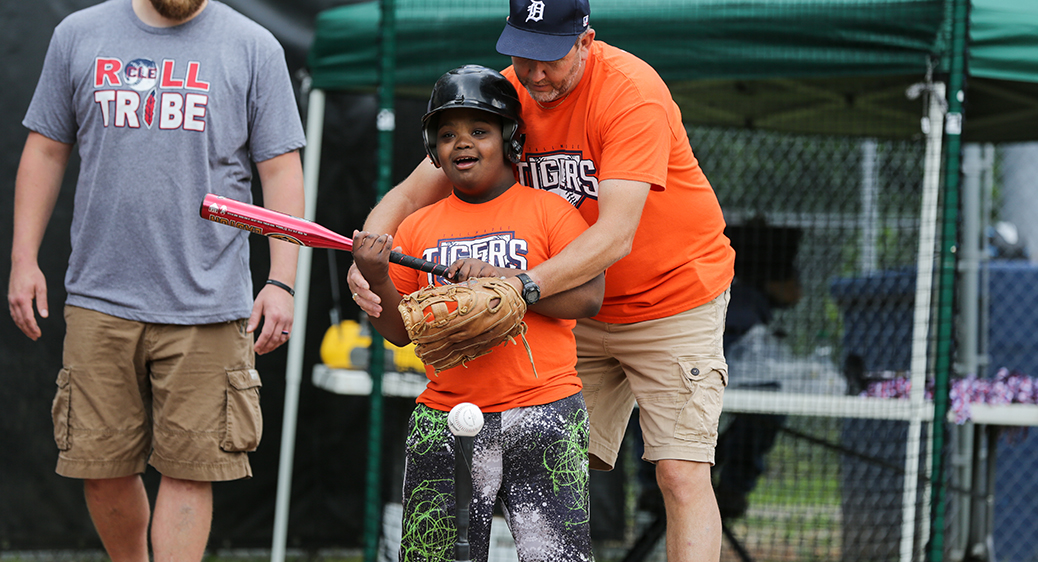 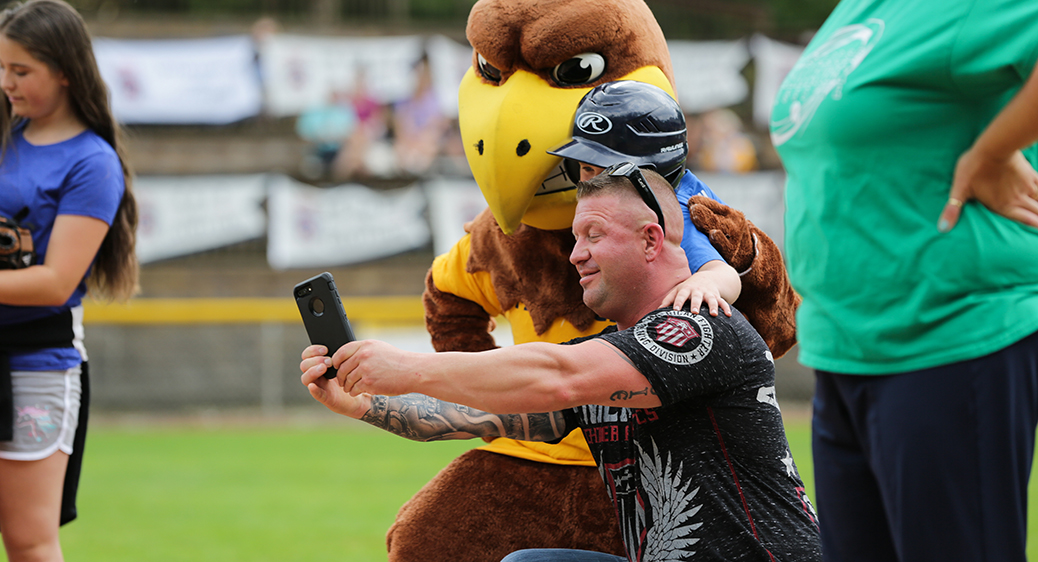 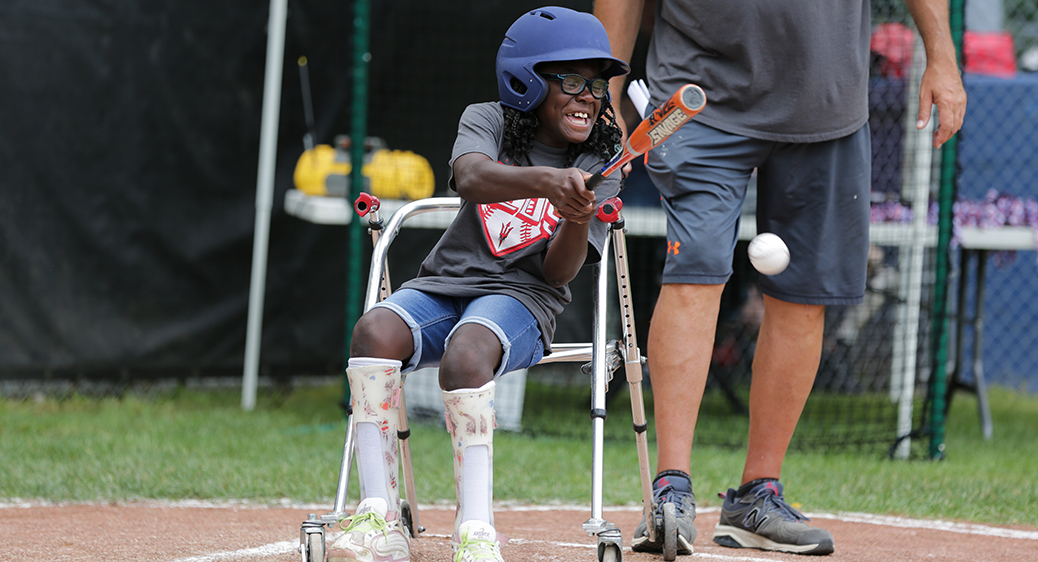 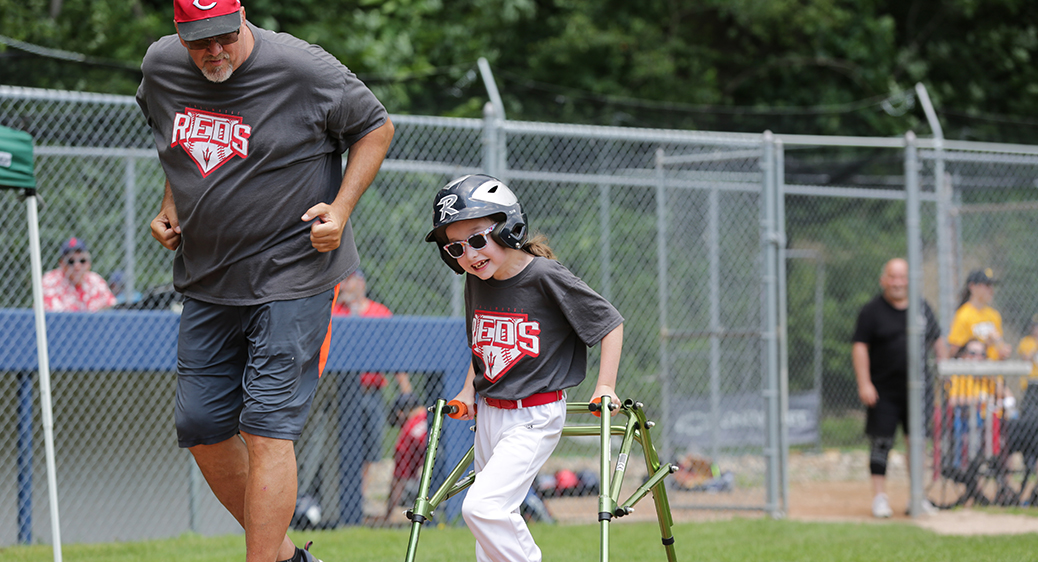 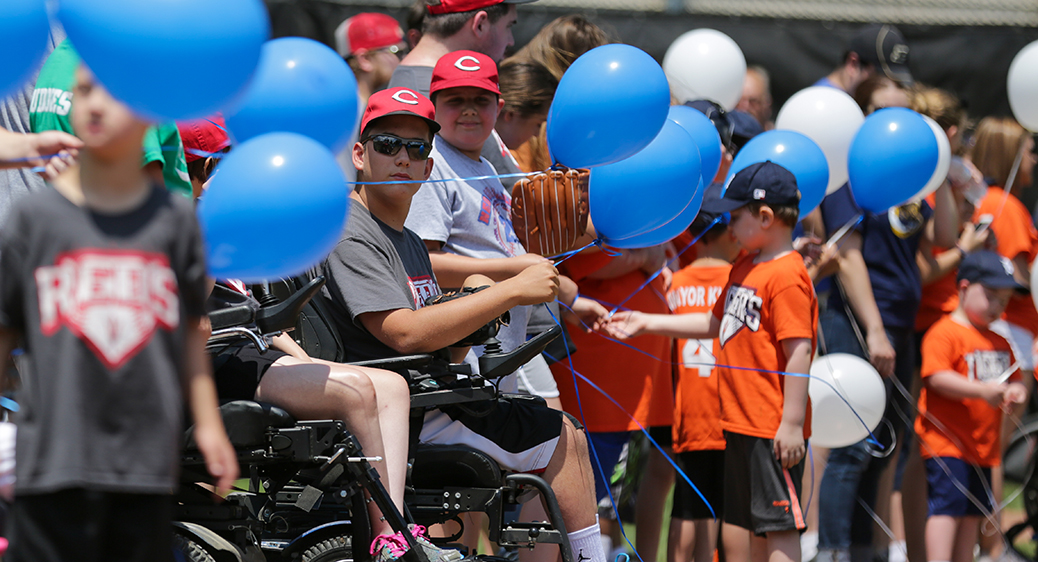 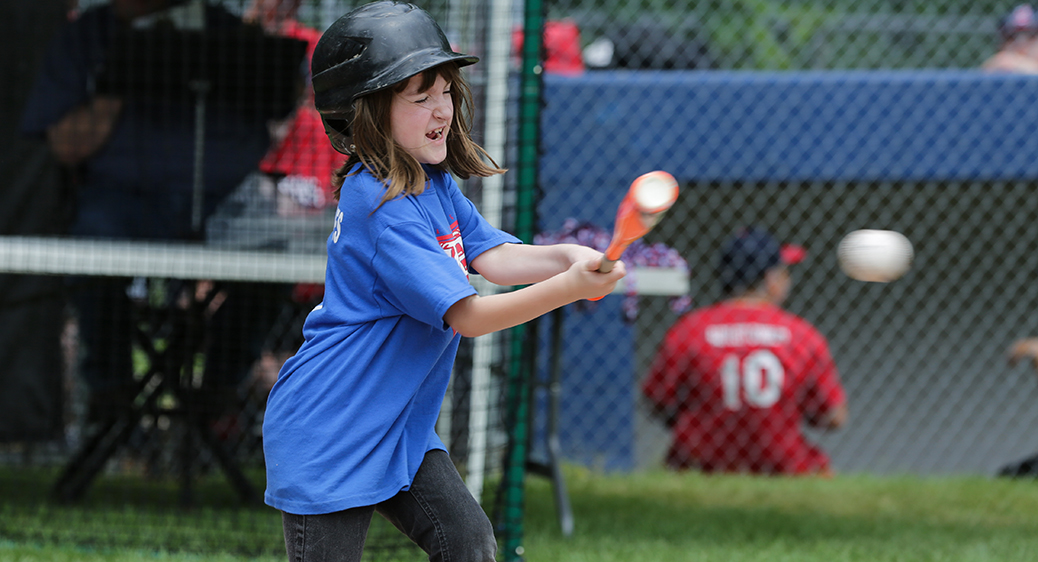 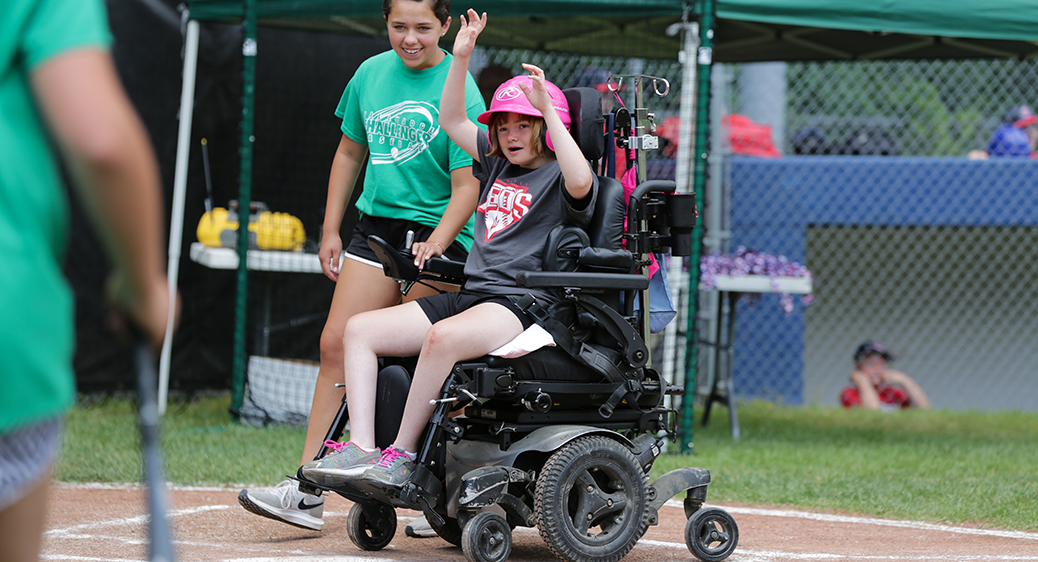 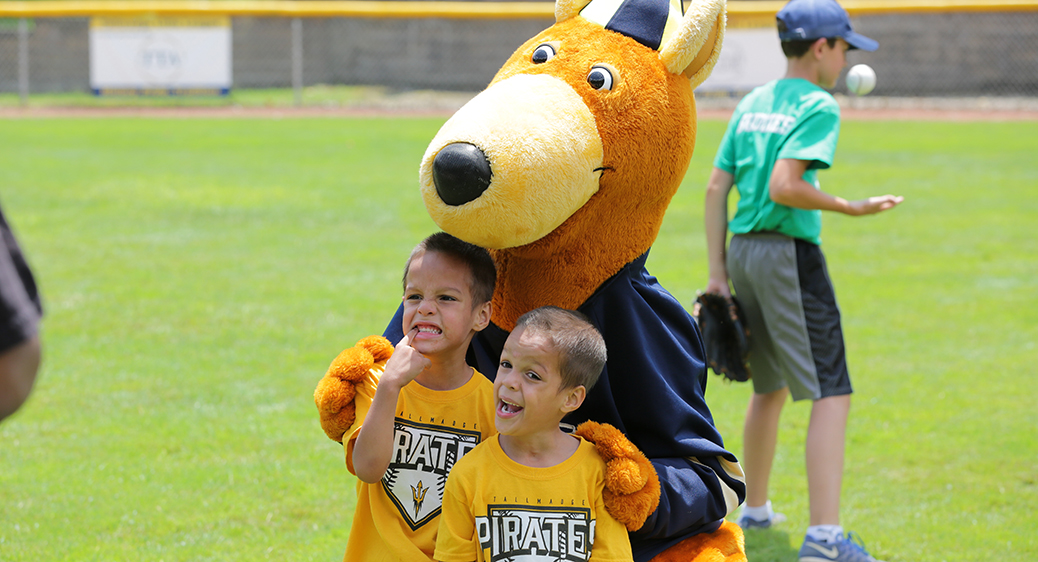 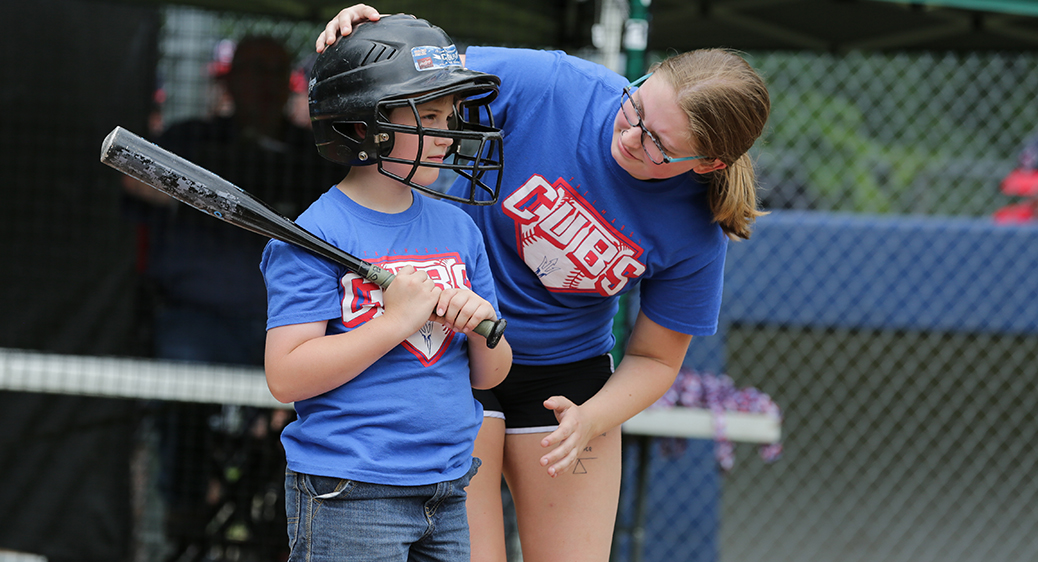 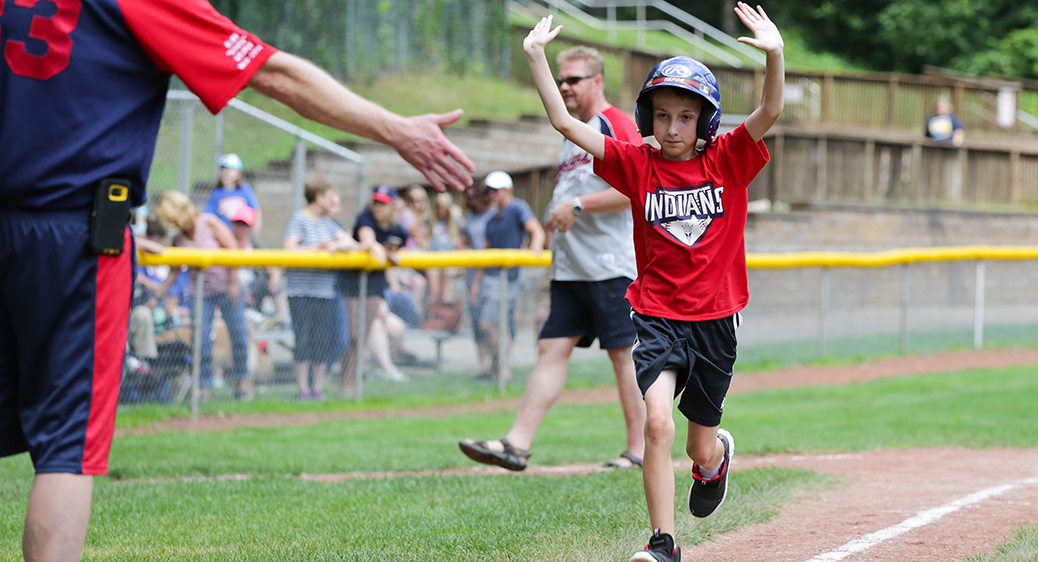 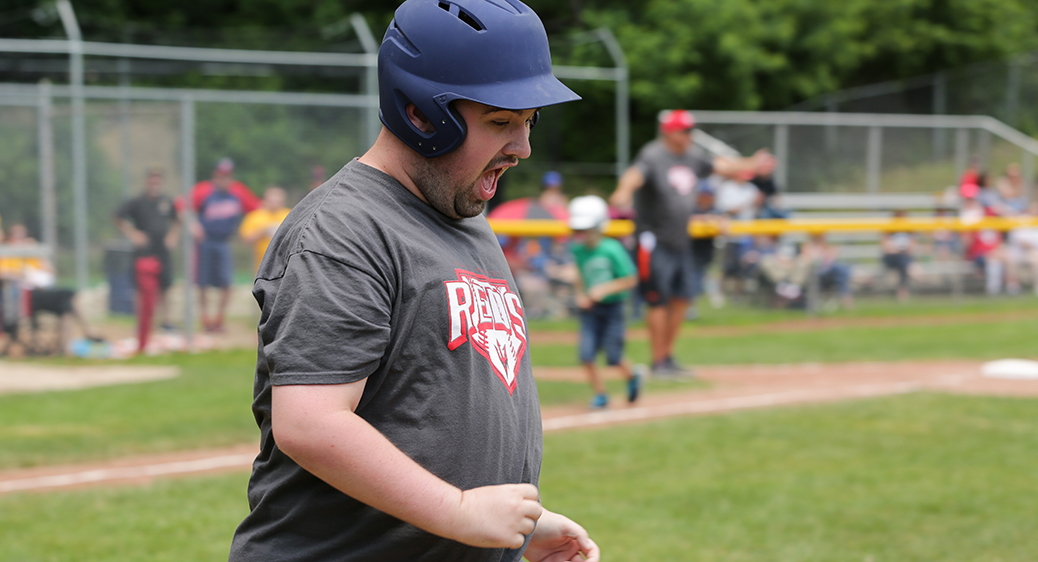 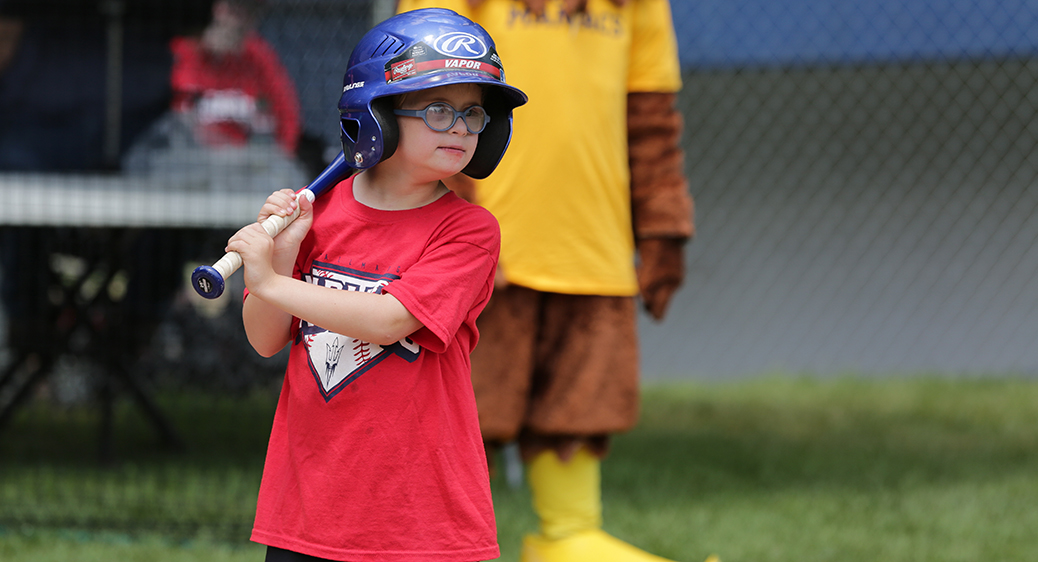 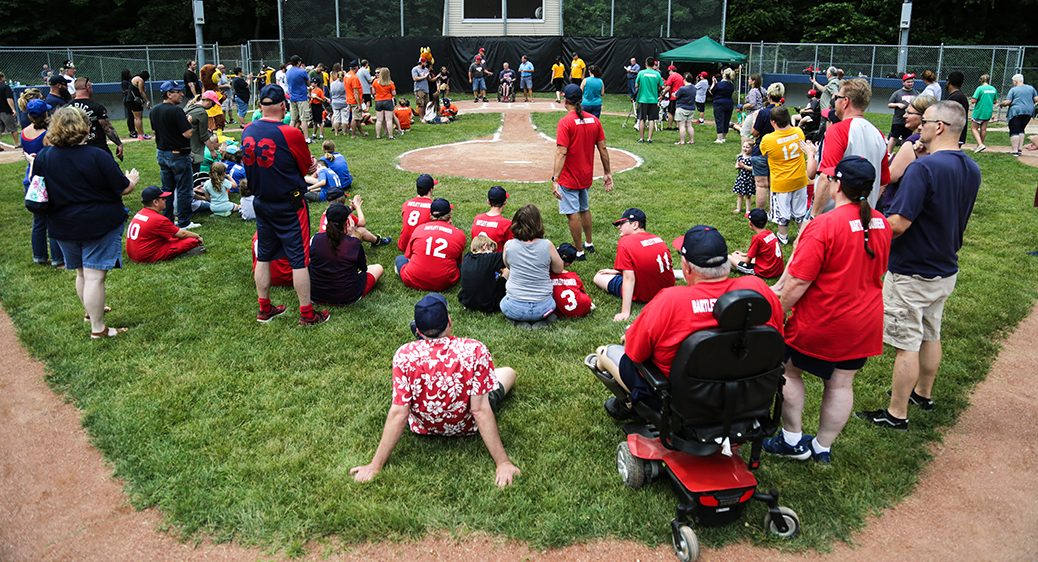